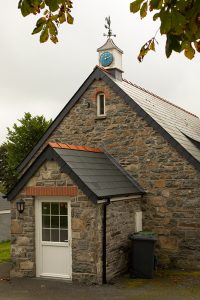 Little Newcastle lies on the minor road from Letterston to Puncheston, Fishguard is seven miles away and Haverfordwest ten.

The population is about 130. Slightly over half live in the village itself, the remainder in the surrounding countryside.

Economic activity in the area is based on self-employment: eight farms, two workshops, a car repairer, a builder, a racehorse trainer, a pub, a plumber, boarding kennels and a B&B. A significant number of other workers commute to nearby towns.