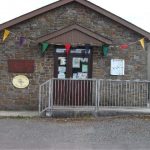 Up ramp to building